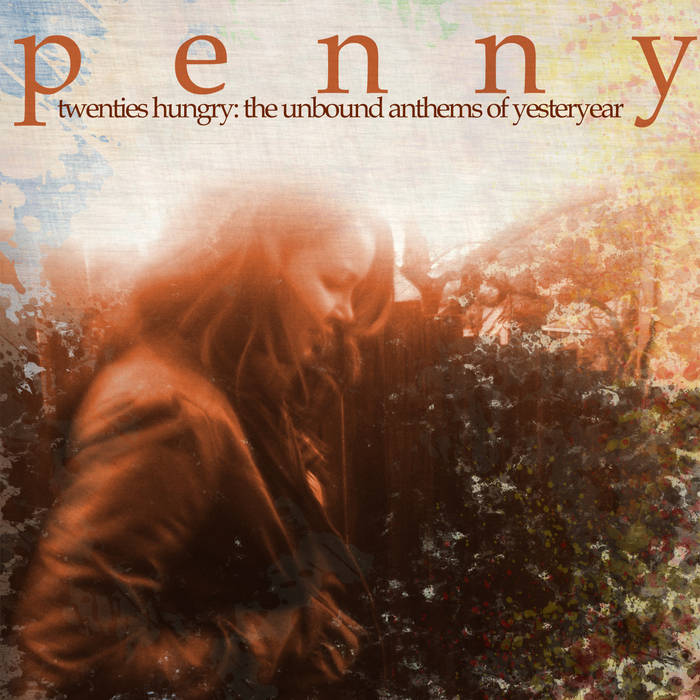 A poet and rapper with an affinity for the human condition, Penny released her first album, The Clockforth Movement (Plague Language), in 2002 — recorded between the ages of 19 and 21. While this was filled with youthful examinations of religion, gender, and domestic life, Penny’s follow-up CD-R, Miscellanea, released in 2004, demonstrated a more grounded style, along with remixes of previous tracks. Always inventive with language, rhyme, and narrative, the marriage of singing and rap, and the multi-layering of vocals, Penny continued to create music over the next few years — occasionally making appearances on compilations and other artists’ albums (including on “Not Sure,” a song on Ceschi’s They Hate Francisco False, released in 2006). Written and recorded in her early 20s, Twenties Hungry: The Unbound Anthems of Yesteryear, captures and confronts a period of Penny’s life that knew major shifts in aspirations and expectations, the changing and breaking of relationships, love, heartache, and death. She also began experimenting with making beats and produced three of the album’s tracks. While this music has spent many years tucked into the darkest corners of some since-forgotten closet, while they’re sometimes rough in delivery and raw in content — these songs were meant to be heard, to find their own better-lit corner in the realm of hip hop music.

except "A Skyward Curve" written by penny & ahmuse

New sounds from Mavi, Ivy Sole & Moderator, plus AJ, the One joins the show, for her latest release