by Myka 9 (prod. by Factor Chandelier) 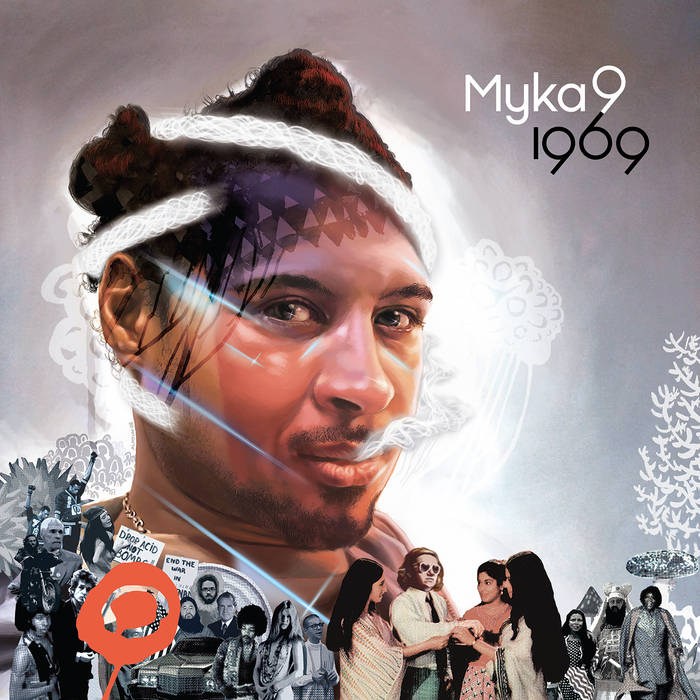 Originally released on Fake Four Inc. in 2009, the album is a fan favorite with features by heavy-hitting names such as Aceyalone, AWOL One, Busdriver, and Gel Roc, plus production across the record handled exclusively by Factor Chandelier. Upon its release, the album received praise from L.A. Record, Okayplayer, Exclaim!, Hip Hop Core, Rap Reviews, URB, East Bay Express, and IGN where it earned 9.7 out of 10 stars. To support the original release, Myka toured the U.S. with Ceschi, Factor Chandelier, and Sole.

"At the risk of sounding hyperbolic, Myka 9 has dropped one of the best, most expansive, and deeply rooted rap albums to hit the scene in quite some time." - Spence D. of IGN, 9.7 out of 10 stars

"Myka 9 is one of the best, most slept on MCs making music today, and 1969 is the best work he's done in a long time." - Thomas Quinlan of Exclaim!

"Factor can do no wrong, and with Myka 9 on the mic, his words fast as a tidal wave but smooth as butter, this whole CD is kind of unstoppable" - L.A. Record

"i'm holding in high honor factor with those first features especially smoky and me thinking to myself before recording 1969 as i'm reflecting on my birth and the lunar landing of a human what if this turns into lifelong friendships with multiple projects and videos to boot and sure enough it manifested and as a result heralded by our underground hip-hop peers it's all love!” - Myka 9