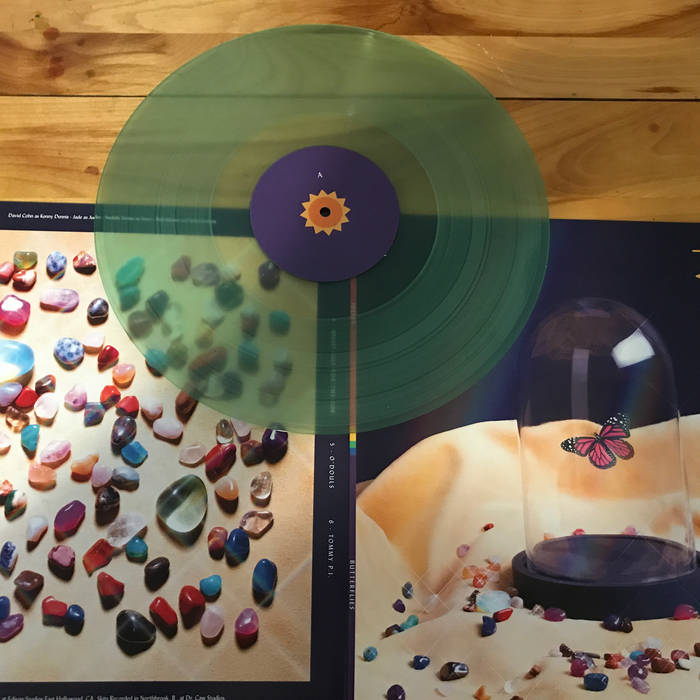 We all know Kenny, he’s been with us for years. We met him at a Sox game, felt his pain as he told us of his early days with The Grimm Teachaz, how he could have been a contender, if not for that run in with Shaq. We rooted for his big comeback with Ders - Perfecto, while eating some brats and sipping O’Doules. Bet big, Win big.

And of course, we felt the tug on our heartstrings every time he told us how he loves his wife, Jueles. The ever-present, yet mysterious Jueles. The one he’d do anything for.

Little did we know while Kenny was busy planning his comeback - Jueles was making some plans of her own.

Butterflies is Jueles’ debut album, their story through her eyes, though her songs. Her big dreams and musical aspirations, her infatuation with Tom Selleck, and their meeting that tips off a series of fateful events. Opening our eyes to a whole new story - the one we’ve been missing.

We may find we all don’t know Kenny as well as we think.

I JUST WANT YOU TO LOVE
www.youtube.com/watch?v=f8x_UCRRR4s

ARE YOU THE RIGHT MAN
www.youtube.com/watch?v=YLL7s-NEHro