by Gregory Pepper and His Problems 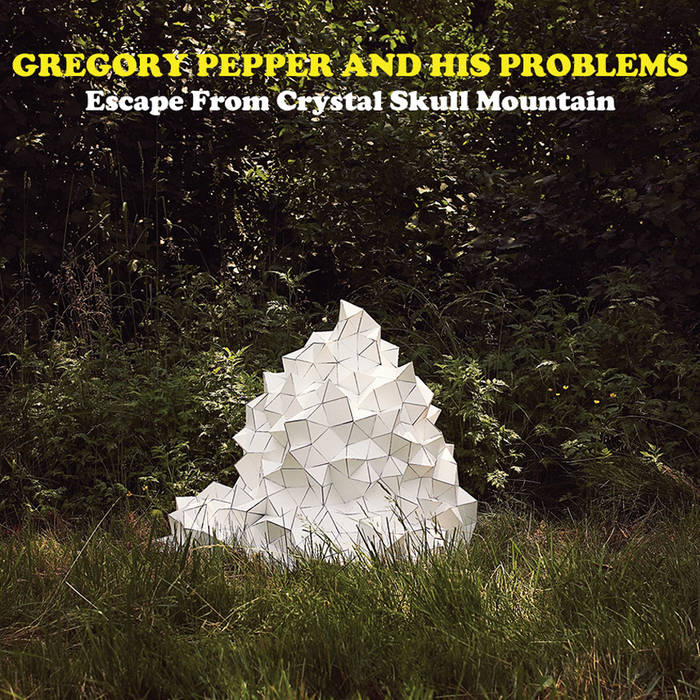 It started with a single drawing in Gregory Pepper's notebook. An ominous, triangular mountain made of geometric shapes, vaguely resembling a skull. He started drawing lots of them, carelessly and quick. Someone asked “what is that thing you keep drawing” and he confidently replied: Crystal Skull Mountain. A bleak and desolate place, cold and sharp as anything. In early 2012, it was decided that this would be the setting for the new Gregory Pepper & His Problems album, coming August 21st on Fake Four Inc. Much like the drawings of crystal skull mountain, with it's maniacal grin: the music is detailed though off kilter, morose but enthusiastic, everything all at once.

A native of Guelph, Ontario, Pepper was acclaimed for his 2009 release With Trumpets Flaring, which was hailed as “conceptually minded and very, very clever” (1). Some even pointed out that “Pepper taps into the demented genius/ambition of Brian Wilson for his orchestral pop songs, which are head-scratchingly great" (2) and that “this is an intelligently crafted pop album” (3). But while Trumpets was experimental and admittedly lo-fi, Escape From Crystal Skull Mountain is more boisterous and confident, meticulously arranged and produced. Moreover, it features killer performances by Toronto-area musical dignitaries, hand picked from the ranks of Bry Webb and the Providers, Ohbijou, Cuff The Duke, Do Make Say Think, and The Niagara Symphony Orchestra.

This new record is another step in Pepper's ongoing pursuit of classic pop filtered through a modern lens, deliberately more focused in it's aesthetic than any of his past releases. Elements of power pop, jazz, chamber music and garage rock are fused by infectious melodies and ornate vocal harmonies. Add that to ample brass and string arrangements atop an aggressive rhythm section with most of the 17 songs flowing seamlessly into one another, and you have an album that demands to be played on repeat.