Last Night, and All Of Our Glorious Mishaps

by An Illustrated Mess 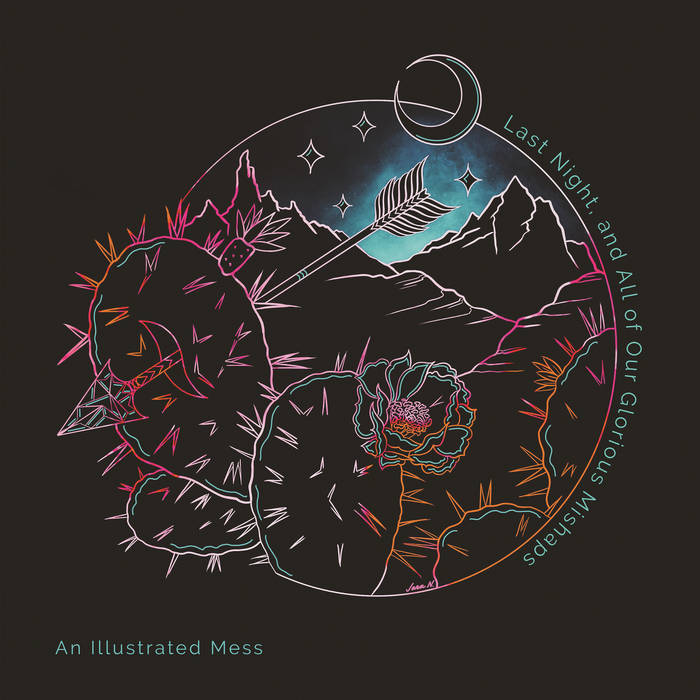 Justin Melahn Truly amazing album, gets better with every listen! Hard to pick a favorite, just depends on the day, but I’ve been blasting Dead Indians nonstop.

Freecember Release #2
An Illustrated Mess - 'Last Night, and All Of Our Glorious Mishaps'

"Although it wasn't our original intention, this album turned out very Navajo. With this album we did our best to illustrate an Indigenous perspective of living in a border town. The narrative tells a story of a character over the course of a weekend, while the songs themselves deal with topics such as love, depression, alcoholism, and suicide with moments of hope sprinkled in between. This album was made over the course of a year. Throughout that year we faced many obstacles, personal losses, moments of weakness, and self reflection, but in the end with the help of our family and friends we were able to make what we consider our debut album." - An Illustrated Mess

This album is dedicated to the memories of Jake Hoyungowa, and Cecil H. Tso

An Illustrated Mess - 'Last Night, and All Of Our Glorious Mishaps'