The One Man Band Broke Up (Deluxe Edition)

by Ceschi and DJ Scientist 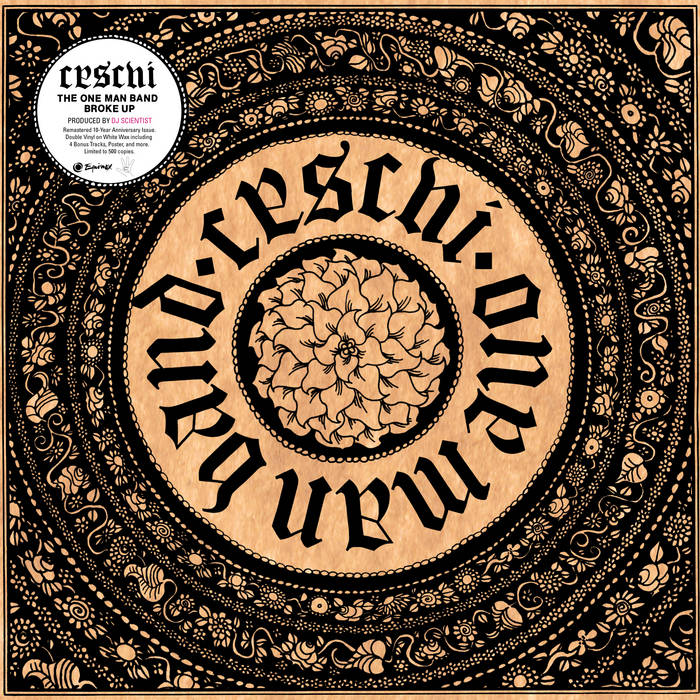 Manbeastmode Amazing Album from front to back every track is just so good, however Half Mast might be one of my all time favorite songs Favorite track: Half Mast.

shoehash I've been slammed for saying it, but this album, is at least in the same vein as "The Wall" which is universally loved. I honestly can't think of a better collection that proves how the industry has failed artists in America. If only to encapsulate this feeling of being a лишний человек, I will always reference Ceschi, his contemporaries, and these songs. Favorite track: Long Live the Short Lived (feat. Sole).

Punk With A Camera

“dedicated to my musical heroes whether still gambling, dead, alive, drugged, struggling, broke, old or content - thanks for taking your risks and leading me down this difficult yet fruitful path.
thanks to my family who has supported this life long mess and has allowed me to travel the world to play music - especially my brother who selflessly holds down the fort in new haven.
thanks to all of my friends who contributed to the creation of this record.
thanks to everyone who is a part of fake four and equinox records.
finally, thanks to Günter for making this music with me over the last 3 years and for being patient with me.”
-ceschi

10 years ago I wrote this thank you note in “The One Man Band Broke Up” liner notes.
It was a time before prison, before experiencing the loss of many friends & family, before the loss of a lot of love in my life.
In some ways this was my final breath of youth, of my 20s, of life before committing to being a full time touring musician.
Curiously enough, The One Man Band Broke Up era reminded me a lot of 2020. It was a time of returning home after a whirlwind era in Los Angeles with our band Toca. Toca quietly broke up in 2007 after the release of our album. My left arm broke in Hawaii during an arm wrestling match a month later, but I stuffed my mouth with morphine & jumped on a plane back to New Haven with my brother to care for our sick grandmother who eventually passed away in 2010 only months after this album was released.
By December 2010 I had been arrested in a large scale marijuana bust, and my life had changed completely.
 
The end of Toca marked the end of an era but also marked the beginning of Fake Four Inc.
2007 also marked the beginning of my working relationship & friendship with DJ Scientist of Equinox Records who invited me, broken armed & defeated, on my first European tour.
Fake Four was started shortly after, in 2008, as a reaction to the way the music industry in LA treated us. We wanted to remove bullshit, simplify processes & do the label thing our own way. Scientist’s Equinox Records was a great influence & example of how to do that properly & artistically.
This album was written out of frustration, anger & that ever present nuisance of depression that came hand in hand with aging & self assumed failure. It’s a record that mocks the music industry as a space of false promises, crushed dreams, unchecked power, machismo & overall thievery.
This is a deeply cynical album by a late twenties version of myself who had lost a lot of hope when it came to becoming a full time musician.
I had been disappointed by heroes, had watched my favorite indie Hip Hop labels & crews fall apart and had seen the darkness of a modern worldwide economic depression.
Scientist’s influence was one of the only things that pulled me up & reminded me that my words & songs had value.

As I write this during 2020’s COVID-19 pandemic, I can’t help but think of the many parallels to 2010. I have recently returned from another stint in Los Ángeles, somewhat defeated & quietly heartbroken, back in New Haven, mostly staying at my Mother’s house where I’ve just turned 39 years old.
Some of the very real frustrations & questions about being a professional musician have come back to haunt me.
In many ways, this is the perfect time to revisit an album like “The One Man Band Broke Up”.
Big thank you to Scientist & everyone who has helped Equinox & Fake Four over the years.
We hope you appreciate the added details of this release.