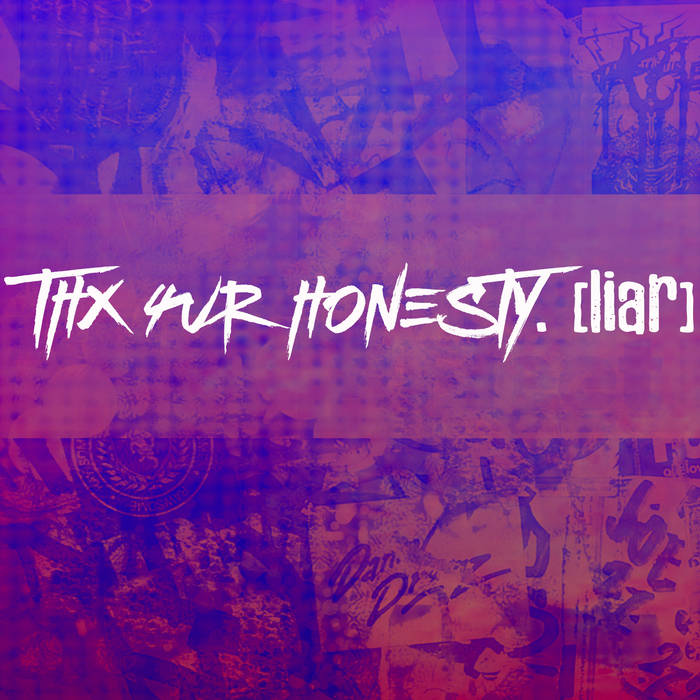 About "Thx4UrHONESTY.[liar]":
"Some of the topics I cover now are things I more than likely glossed over but didn't touch hard enough. I had never did a song based on police brutality like 'Fake Good Guys'. Nor have I really made songs that touch on the evils of politicians/businessmen/trolls who do not care about mankind like 'God Save Us From These People. And nor have I ever made songs about the spoiled entitlement of stuck-up artists like 'Canvas' but I'm glad I explored it with a few collaborators on this project. I named this project in reflection of how honest we are with ourselves as people; even in theory of where we would like to be in life ('Another Earth') or a utopia where we are helping constantly helping others ('Humanitarian'). 'Reputation' and 'Other People's Success" are the two most artist centered songs I did where the first song is about me looking upon my lineage and along the decisions I have made as an artist to protect what I stand for. The latter, is about the cycle of artists chasing artists to have fans but in the end, you may not get that support. '12MUCH' is an ode to over-exhaustion and not having 99 hours in a day to everything you need. All in all, these are topics I dug deep down to be honest with myself about on record more than I have before. No pulling punches or holding back."

About Ardamus:
Originally from Nashville, TN. and now residing in Washington, DC, Ardamus has been a hip hop artist for years collaborating other artists and organizations in various forms. He has a lengthy catalog of solo work as well as group projects (Sitcalm, FAR EXP, Delegation Music, The Lucky So And So's, ANNEX DOTE, ARDAPLUS, etc). From participating in a project with the NIH alongside friends and collaborators Open Mike Eagle and Silencio to being one of the first recipients of the DC Young Artists Grant from the DC Commission of The Arts And Humanities, Ardamus has become esteemed in his accomplishments over the years. He has also shared the stage with artists such as Cappadonna, Bus Driver, Joell Ortiz, Blu & Exile, Qwel & Maker, Das Racist, Souls Of Mischief, Phife Dawg, Astronautalis, and many more hip hop artists. He is thankful for longtime friend and collaborator, Ceschi Ramos, for the opportunity to be a part of the Fake Four family and participate in the Freecember series for the year of 2016.