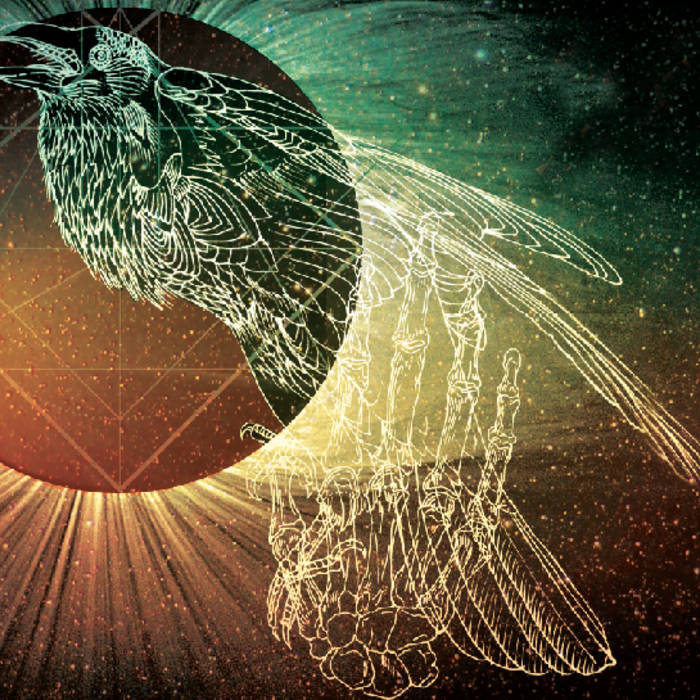 Nick LaBelle Still one of the best albums ever recorded. Favorite track: I (feat Child Actor).

hallurun rusnam I am not a man of letters, but if I were no words could describe this.......experience it. Let go of what you think BSBD is about. Sit back, let them guide you on an auditory journey. Favorite track: V.

From backpacks to snapbacks, the career of Blue Sky Black Death has spanned more than a decade of genre evolution and artistic growth. After starting separately as beat makers during the golden age of indie hip-hop in the late 90s, the duo united and expanded their repertoire in 2006 with the double album A Heap Of Broken Images. The rst disc of this album was their rst ocial foray into purely instrumental work. Subsequently they have pursued both avenues, collaborating with several rappers while also releasing two more instrumental suites – Late Night Cinema and Noir. Paying homage to their mutual appreciation of southern rap traditions in a historically unique way, the duo also created chopped & screwed version of these albums, respectively called Lean Night Cinema and Noir + Violet.

Striving to continue progress into unexpected directions, Blue Sky Black Death now present their most ambitious and original work yet. Glaciers is a culmination of years of experimentation, a realization of
ideas which were only hinted at in their previous eorts. While the tag ‘instrumental hip-hop’ could still be applied nominally, the duo’s appreciation of post-rock, shoegaze and prog-rock makes for a daring
sonic blend far removed from the repetitive loops and structures traditionally associated with this genre. This departure from convention is accentuated further by cameos from fellow Fake Four Inc. signees Child Actor and singer JMSN. Their collaborations with BSBD are symbiotic, marked by mutual testing of comfort zones, the guests and their hosts pushing each other beyond boundaries of previous experience. To ensure that the presentation of Glaciers is as unique as its contents, the cover was commissioned to the multi-talented Maxime Buchi; a notable tattooist, designer and creative director of the cult favorite Sang Bleu magazine.

Even when accounting for the continuously blurring lines between rap production and electronic and ambient music, what happens on Glaciers still stands as nearly unprecedented. Simply put, the aim here
is to go big. In one regard this means longer songs, with several tracks reaching over 10 minutes. But beyond just length, there is a sense of operatic grandiosity that imbues even the album’s shorter entries.
The group has combined samples with live instrumentation before, but never so dramatically and profoundly as now. The listener is placed directly into the eye of the storm as all around him chords and vocals swell and fall, awash in sweeping waves of synth and bass. The effect is sometimes chaotic but never violent. Blue Sky Black Death craft music of tumultuous beauty; music at once both exciting and soothing. Predicated on this contradiction, their compositions coalesce into a singular harmony. They form a new terrain from disparate building blocks, a vast alien expanse of sound waiting to be explored.

Blue Sky Black Death would like to thank: Friends, family, and loved ones. Special thanks to all artistic contributors to Glaciers, The team at Fake Four, and everyone who continues to support us. And last but not least, Jay, for the invaluable support, insight, and advice…