The One Man Band Broke Up 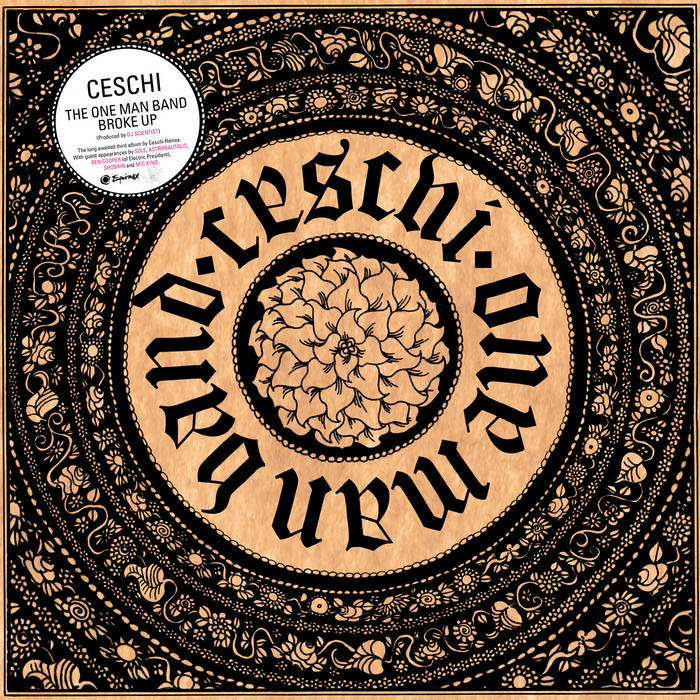 Compassion Club Ceschi. What more needs to be said. Always redefining my standards, this release is one of Ceschis finest. Powerful, moving, and enveloping. Favorite track: Bad Jokes.

Tim Kai This album has been in constant rotation since I discovered it. It is an incredible album, and I can't praise it enough. Favorite track: Half Mast.

Based around the ever revisited topic of the rise and fall of a musician, in this case one named Julius and The Bearded Saviour, "The One Man Band Broke Up" is as much about Ceschi's own fear of failure as it is about personal experiences in a dog eat dog music industry. As Ceschi's voice moves from meticulous almost mathematical rhythms to aggressive nearly punk howling to scat like rhymes, Scientist layers epic montages of samples, dynamic drums, along with chopped live instruments to compliment the diversity of styles. The album even slides in two of Ceschi's acoustic based tunes complete with violins, banjos and ukuleles. Friends including Sole, Astronautalis, Radical Face, 2econd Class Citizen, Cars & Trains and MiC K!NG also contribute instrumentation and vocals.

The combined outcome is a Post-Modern Hip Hop project unlike anything else the two musicians have previously released. It's been four years since Ceschi's last album They Hate Francisco False slowly but surely gathered a following around the world because of its honest and unique blend of left field hip hop and indie folk. During that recording hiatus Ceschi relentlessly toured the US, Canada, Europe and Japan with independent hip hop heroes such as Myka 9, Awol One, Sole and Onry Ozzborn all while starting his own successful record label, Fake Four Inc., and recording his latest album with Equinox Records' Founder DJ Scientist.

Artwork by The Raincoat Man