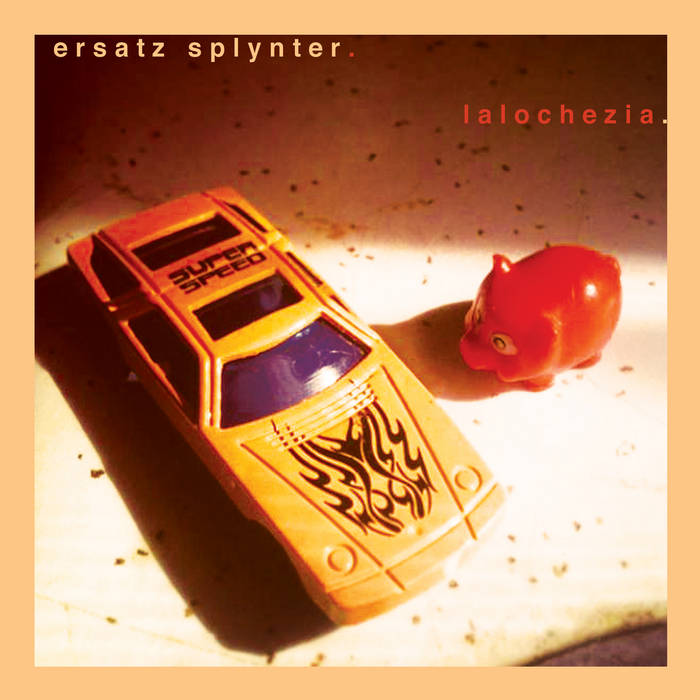 Medical dictionaries define "Lalochezia" as "emotional relief gained by using indecent or vulgar language". To us at Fake Four that's fucking hilarious and oddly beautiful. It's also comically fitting that Ersatz Splynter's rap name means something like "an inferior or non genuine version of a famous mutant rat ninja master". As Ceschi once said on a Myka 9 track "It's funny how fake can be realer than all these lying bastards."
Martin Landin aka Ersatz Splynter of Fresno, California's Roach Collection is a multi-instrumentalist, bilingual math rapper & fan of off kilter British stoner comedy. Some of his songs sound like they could fit on a mixtape next to Kool A.D. while others could slide in comfortably next to a melodic song by WHY?'s Yoni Wolf. Oh…but he raps way faster than those guys and also spits in Spanish ….and plays saxophone. Fuck it. For the love of West Coast hip hop, just listen to this kid's album. It's refreshing to say the least. You're welcome. Merry Christmas.
Love,
Fake Four

From Ersatz Splynter:
"I began working on the album about a year ago.
I started making beats everyday, mostly using
just an mpk25, microkorg, melodica, and saxophone,
experimenting with different styles to try to find
the right sound.
The artists I was mostly influenced by while I was
working on the instrumentals include
Emily Wells, Knertz, Shadow Animals, Zucchini drive, Islands, Unicorns, Strokes, Oskar Ohlson, Charlie Parker, Odd Nosdam, Reaching Quiet, Otem Relik.
I had finished the skeletons for a few beats I liked, when my
Imac decided to crash. At first I was pretty freaked out, but decided
to keep pushing and do what I could with what I had. I am a huge fan
of early Unicorns, MF Doom, Knertz Lo-fi recordings, so I kind of just went with it.

For the writing process I decided to read up a bit. I didn't get to
read as much as I would have liked to but, I did re read catcher
in the rye, and To kill a mockingbird, which I reference in a few songs.
I got into a pretty bad car accident (which inspirded the song
"I might know how you feel") shortly after I began recording my verses
with a friend. I got pretty depressed for a while, but kept pushing.
Most of the verses were recorded while I had stitches in my ear, and
my jaw almost too sore to open, but ended up getting through it without much trouble. During the writing process I was mostly influenced by lyricists like Andrew Jackson Jihad, Eyedea & Abilities, Mc Paul Barman, Why?, Serengeti, Lewee Regal, Ceschi, Tommy V, Cage."