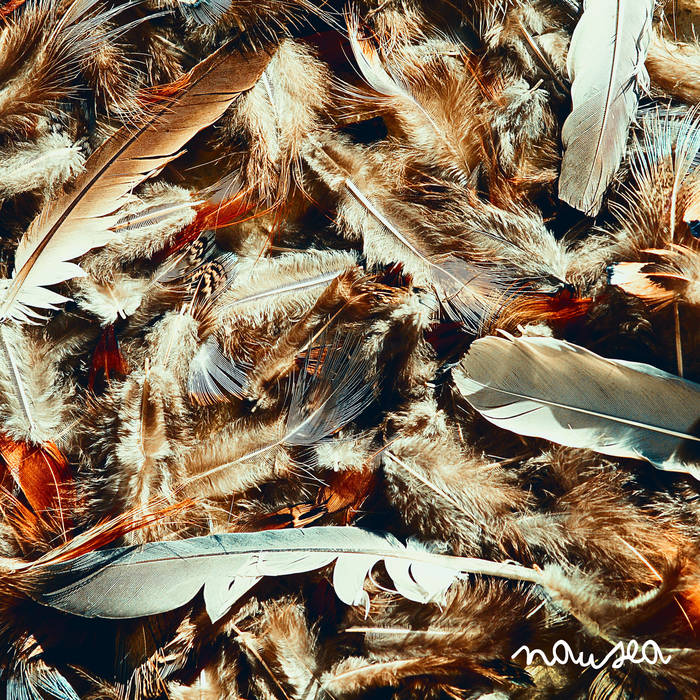 Nausea. Disorienting. Anxious. Unsettled. It is hard to imagine better words for the debut Fake Four release by post-noise rap pioneers Moodie Black. Like the concept of Nausea itself used in existential philosophies of Jean Paul Sartre, the album is a sonic confrontation with the beauty of an unsettled mood, a disconnection with what is everyday and common. Following up their 2013 self-titled E.P. that herald their mastery of integrating hip-hop styled rap with punishing noise, static, and industrial yet melodic soundscapes, Nausea offers audiences a different vision of what noise rap can be.

Unlike the uptempo tracks found on their self-titled E.P. release (No Blood ft. Ceschi Ramos; Hipster Death; Last Griot ft. Dälek), Nausea reveals a more downtempo, near catatonic, dystopian, and beautiful mood. It’s hard to say that you just listen to this album. It’s better to say you experience it. It is a sonic journey.

The album begins on a surprisingly minimal note. A single saw wave tone, a kick, and a snare all give way to a relentless lyrical flow about Arizona desert visions as shimmering and reverberated guitar bellow. Anguished screams and rhythmic pulses through the chorus pushes one further into this disordered mood. But the beauty of Moodie Black’s post-noise visions begin to emerge in the second track, “Skies.” The heavily reverbed, fuzzed and washed guitar ambience creates the kind of contemplative and introspective moods reminiscent of the post punk, shoegaze, darkwave, and “beautiful noise” of scenes of the 80’s and early 90’s.

The minimal vintage production continues throughout the album. The band seems to have traded in raw, punishing static force, for more sophisticated ambient sounds and progressions. The album has a dark continuity and holds together well under its half-time rhythmic, head nod inducing pulses. Lyrics tell a story about the band’s frustrations with mass conformity, societal lack of sincerity, all while also paying homage to the transcendent quality of the human struggle as a meaningful one. Like the existential concept of Nausea itself, Moodie Black’s Nausea present sonic basic truths about human nature and existence. As its big beats, prodding rhythms, on point lyrical flows, wailing vocals and blissed out synth and dark guitars come crashing down upon us, Nausea upsets our everyday understanding of not only noise rap by shocking us into a new awareness about the genre, but also about what existence more generally, can be. Listen with caution.