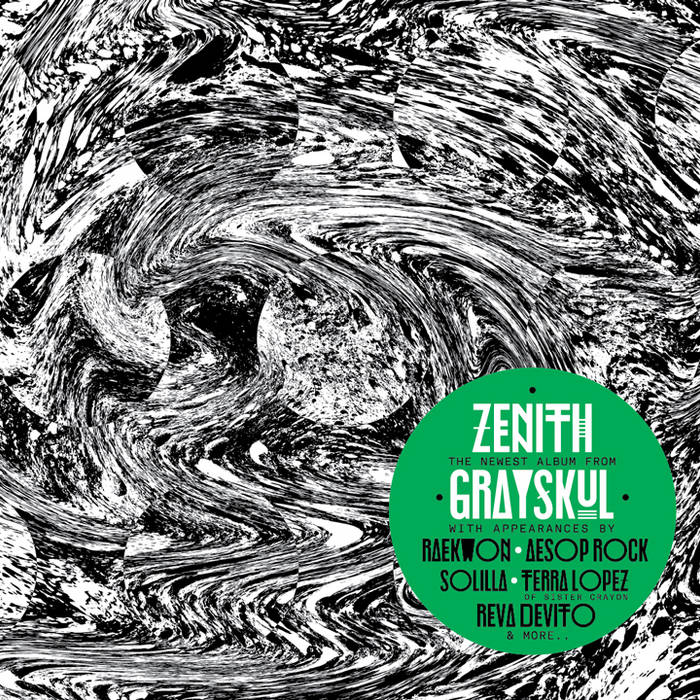 Raymon Smith Huge fan of Onry Ozzborn and Grayskul. This was the only album missing from my collection.

As part of the Pacific Northwest indie rap collective Oldominion, Grayskul made a name for themselves regionally with futuristic sci-fi raps over gloomy, innovative production from the likes of Mr. Hill and Smoke before catching the attention of Rhymesayers Entertainment while touring with Eyedea & Abilities. Opening for Atmosphere on the At It Again Tour in 2005, emcees Onry Ozzborn (aka Reason) and JFK (aka Recluse) took to the stage with aliens draped over their shoulders and televisions set to static on either side of the turntables. From the early days of their existence, it was clear that Grayskul was on another plane.

A host of tour-only releases paired with RSE albums Deadlivers and Bloody Radio put Grayskul on the national map, with indie rap icons such as Slug, Aesop Rock, Mr. Lif, Cage and Pigeon John making appearances. Occupying the roles of superheroes and vampires on the aforementioned records, Onry and JFK combined seemingly disparate elements of abstract, goth, horrorcore, and free associative lyricism into something fresh. “Prom Quiz”, from Grayskul’s RSE debut Deadlivers, married their outsider worldview with accessible narratives and catchy production. In 2009 they released a joint effort with Chicago producer and longtime Qwel collaborator Maker under the name Graymaker, before taking some time apart to focus on a variety of projects such as Dark Time Sunshine (Onry), Building Wings on the Way Down, and Th3rdz (JFK).

The time off from Grayskul gave Onry and JFK the opportunity to polish their respective blades before stepping back into the booth to record Zenith, their first release on Fake Four, Inc. The entire album was conceived, written, and recorded in Momentum Studios in Seattle under the watchful ear of sound engineer Zebulon Dak. Zenith finds Onry and JFK at their storytelling finest, examining school shootings, hollow social media existence, fatherhood, and the false allure of the club under explosive production handled by Aesop Rock, Smoke, Void Pedal, and Moodie Black. Raekwon starts the show in classic Wu fashion with a spoken intro, and the record also features guest shots from Aesop, Solilla, Reva DeVito, and Fake Four labelmate Terra Lopez of Sister Crayon. True to its title, the 17-track Zenith is the masterfully produced and executed crown jewel of Grayskul’s decade in the indie rap game.