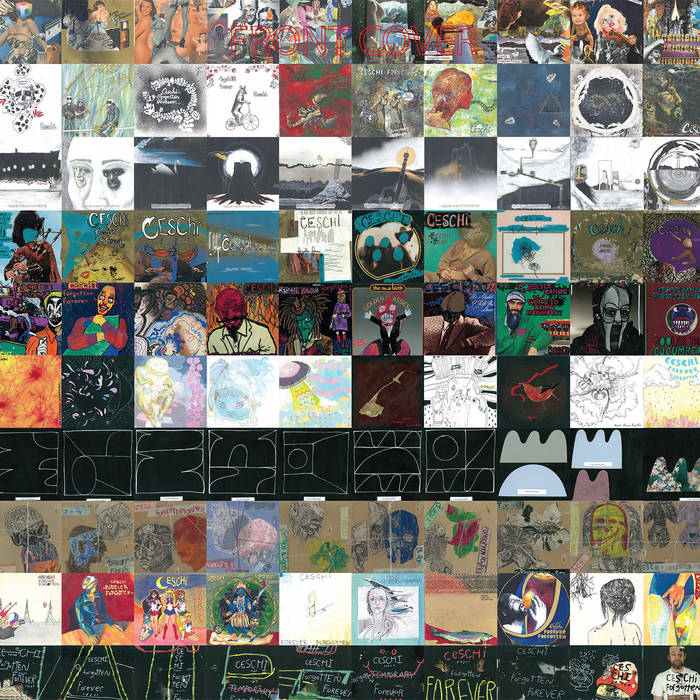 *** Please join Fourager's Club, our new subscription release-program for the rarest of collectors at fouragers.bandcamp.com and instantly receive a fully remastered for digital copy of Ceschi's Forgotten Forever LP & an EP of This Guitar Was Stolen B-Sides & Alt takes in the Bandcamp app ***

After over 14 years of doing our record label Fake Four Inc, and years of everyone & their mother suggesting we do a subscription service, we've decided to do a rarities club for only the most curious & completist of collectors.

We are calling it THE FOURAGER’S CLUB - (foraging wild rarities from the fourest).

The Fourager's Club is not for a casual passing listener - it’s for those who really want to dig into the rarest of rare & most importantly sustain the existence of Fake Four.

We are a community, first and foremost, and pandemic solidified that bond even stronger.

With the advent of Bandcamp Fridays, Fake Four found a reason to have something special nearly every first Friday since April 2020. Due to that consistent output of quality releases large & small scale, Fake Four had its most active & successful years ever on Bandcamp. We have grown to appreciate that Bandcamp feels like a music based social media platform outside of the grip of algorithms, excessive ads & ulterior motives - it’s simply become a sort of central hub for indie music lovers.

Our label will still put out music as normal at fakefour.bandcamp.com - and we have a busy & exciting schedule of new music in 2022 with plenty of traditional & pay-what-you-want releases & physical products, but we are ALSO doing The Fourager's Club, with Ceschi as the first featured artist.

There are 3 tiers that will all include ultra rare digital content of music, poetry & special performances - while higher tiers will include physical products such as art, pins, patches, prints, lathe cut vinyl, tote, books & beyond. Every month there will be at least one demo/rarity/early bird release from myself & at least another track from a featured artist of Ceschi's choosing. There will be random video content, special private performances & everybody who signs up will receive some EXTREMELY RARE musical gifts that are not available on any streaming platform - ​a fully remastered for digital copy of Ceschi's Forgotten Forever LP & an EP of This Guitar Was Stolen B-Sides & Alt takes in the Bandcamp app.

Best of all - it’s all centralized on the Bandcamp app that we already use & you can even gift subscriptions to friends who you think will appreciate the content.

Our hope is that over time you will discover more & more music, art & words you love.

Original description:
Contrary to possible first impressions, the title "Forgotten Forever" is not just my attempt at some type of goth poeticism or just another self defeating "Ceschi-ism". Simply explained, aside from 3 brand new songs, a large majority of the songs on this album would have been forgotten and lost within my ever-growing catalog of unreleased material if this project never existed. I can count at least 5 songs on this album that were initially created 10 years ago or longer. This project has now given me a good reason to go back and revisit these songs and obsess over which songs, once forgotten, should be given new lives.
Thank you to Tiago at Cooler Than Cucumbers, all of my artistic collaborators & all of my supporters for caring enough about my music to take these sounds out of premature retirement.