Engulfed in the Marvelous Decay 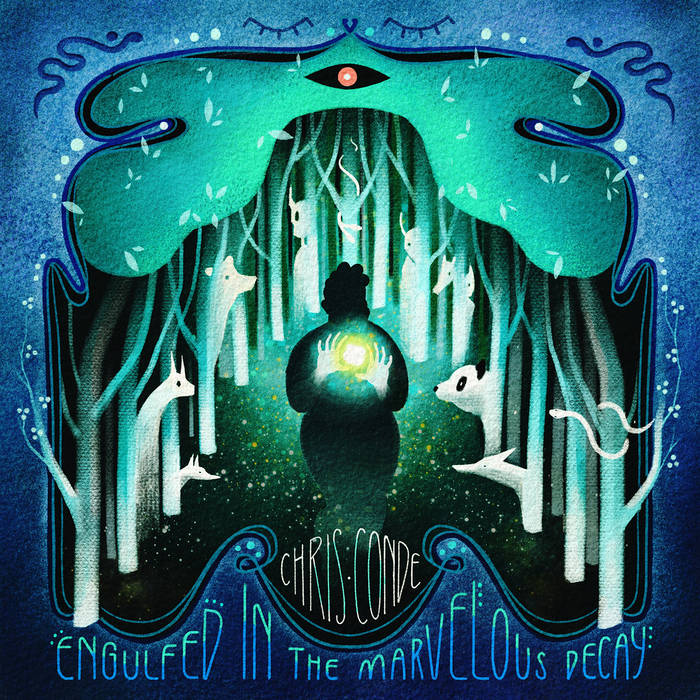 MesEnceintesFD Wonderful album that we reviewed with a lot of fun on MEFD (in French): www.mesenceintesfontdefaut.com/2021/04/24/recommandation-chris-conde-engulfed-in-the-marvelous-decay/ Favorite track: The Summer of our Discontent (feat. Ceschi).

thorts Everyday is AMAZING! Can't wait to hear this album!.

As an openly queer rapper, Texas' Chris Conde combines the classically detached spheres of hip hop, indie rock and avant-garde experimental art punk of the drag variety. In their sometimes hysterical but always poignant bars, Conde strives to relate to their audience through an honest communication of their personal narrative of overcoming drug addiction, internalized homophobia and self-acceptance.

Chris Conde is a Fake Four Freecember 2019 Alum who has received press shoutouts from NPR’s Tiny Desk series, the San Antonio Current, Texas Music Magazine, and Hip Hop DX. Engulfed in the Marvelous Decay features Ceschi Ramos and offers up production by K Death of Moodie Black, Lazerbeak of Doomtree, and Whatever Cecil with artwork by Squalloscope. Chris’s honest storytelling ability, beat selection, and sharp technical skills displayed across Engulfed in the Marvelous Decay are sure to move you and resonate on multiple levels.

Bonobo stops by to talk about his new record Fragments